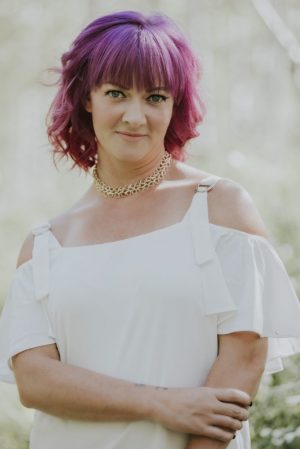 Meghan trained extensively is dance from a young age and continues her education by attending yearly dance conventions that focus on dance as well as education and business.  Meghan danced professionally after high school in Disney World, Orlando, Florida.  Her favorite show was Tarzan.  Upon returning to Utah, Meghan began teaching for the STARS program from as a competition coach.  The studio won several state and national championships during her time there.  Meghan excelled specifically with training younger dancers.  She would go on to win countless choreography awards for her work at local, state, and national levels.

In 2011, Meghan and Shannon began coaching the Copper Hills drill team, the Azurettes.  The drill team was awarded their first State Championship in 2013.  Meghan coached again in 2014 and 2016.  The Azurettes are now the current State Drill Team Champions of Utah. Marking their 7th consecutive win!

Synergy has been awarded Best Studio in West Jordan for 3 years in a row and Best in Salt Lake County in 2019.

Meghan and Shannon have now begun the next chapter in their story.  Currently, they are building a multi-million-dollar facility to better serve their students and families.  This state-of-the-art facility will be a “game changer” in dance/cheer/and tumbling instruction.