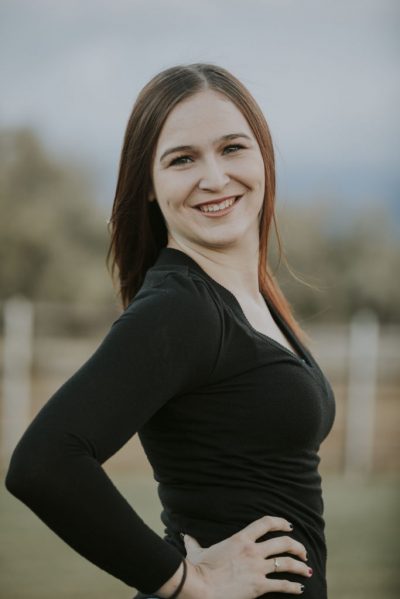 McKayla is trained in various genres of dance as well as tumbling. She has 16 years of training and 6 years of teaching experience. She has won several awards including, “High-point”Â and “Overall”Â. She participated in Ballet West’s production of The Nutcracker for several years and starred as lead child role. In High School, she was on the Copper Hills Drill Team and held various officer positions, including Co-Captiain her senior year. While on the drill team, she won several awards in Drill Downs including first at Region and first at State. She was also awarded the drill All-Region Academic Award for several years as well as ALL-State Academic and All-State Drill. Her team also placed first at the State Drill Competition.

McKayla has been a dance and a tumbling teacher at Synergy for the past 6 years. She has helped train all levels of dance and tumbling. She choreographed and coached solos that have won top placement at competitions. She has also choreographed several tumbling and dance routines for showcases. McKayla has also choreographed several competition team routines and has won the Grand Champion Award multiple times with her choreography. She is currently attending the University of Utah to further her training in dance as well as participate in the Mechanical Engineering field.