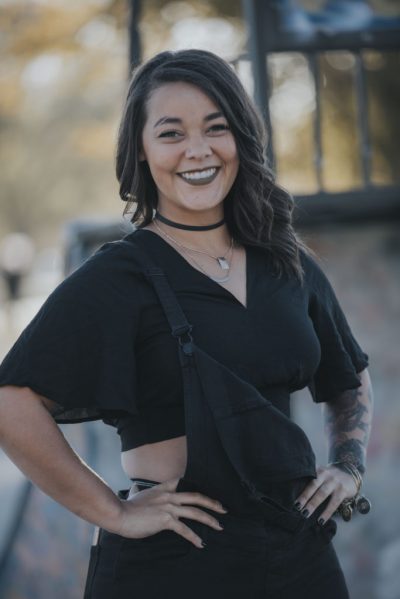 Kendall Henderson is a passionate, outgoing, and driven 26 year old, who started her dance journey later than most. Sports were always her main focus growing up until she began junior high and decided to add a dance class into the mix. She has been training in Hip Hop, Jazz, Contemporary, and Lyrical ever since. When Kendall attended Cyprus High School she was lucky enough to be apart of the drill team and dance company. She was also able to be involved with the drama department, debate team, and other various after school programs that have aided her into the teacher she is today. After graduating in 2010, Kendall quickly fell into the studio world beginning her teaching career at Synergy Dance Academy where she has made it a goal to try and outdo herself every year and has achieved several awards, high points, and overalls with her choreography and dance concepts. Along with being able to teach at Synergy, Kendall has also had an abundance of other opportunities throughout the years that she is more than proud of; being a member of the University of Utah’s Crimson Line and Marching Band while she attended school studying child development (2010-2012), helped the Copper Hills Azurettes as an assistant coach, achieve their 5th consecutive State Championship (2016-2017), and also had the privilege to train and perform with U.D.O (Utah Urban Dance Organization) a non profit crew that shares the main goal to give back to the community and to always ‘Aspire to Inspire’. Through them she was able to participate in various charity events, battles, shows, and different workshops in Utah, Colorado, California, and Nevada. All of these have lead Kendall to where she is now and that is thriving at Synergy. A place that has not only become a place of employment, but a place she can call home. A place full of growth and open doors. A place where she has gained not only friends that share the same love of dance with her, but a family that she can always count on. Kendall has made it a goal in life to always push pass her limits, always be a student, and to go into every opportunity with an open mind and positive attitude. Teaching has become her way of being. “I get to spend each day doing what I love. With the people I love, and I wouldn’t want to be doing anything else.”